Posted on September 25, 2013 by doorsopendays

Sometimes Doors Open Days is about going to that one special building you’ve been meaning to visit for years. Other times, it’s all about having a whole day out and visiting as many different buildings as you possibly can along the way – and that’s exactly what I did last weekend. I was up in Aberdeenshire visiting my parents, so I roped them in and on Saturday morning, my mum, dad and I (and two dogs!) jumped in the car and headed off to explore what Doors Open Days had to offer in the North East. 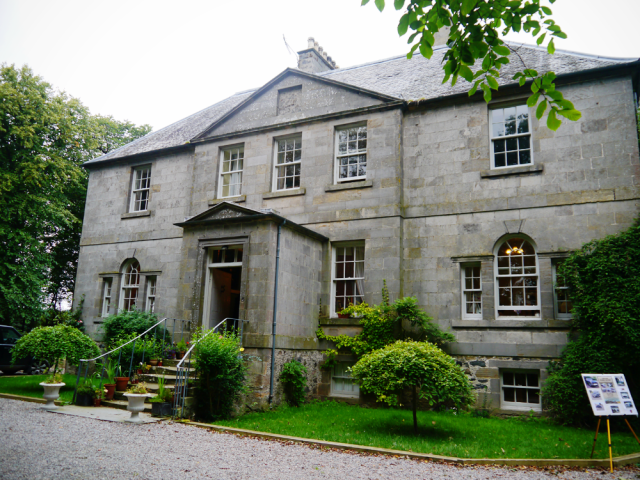 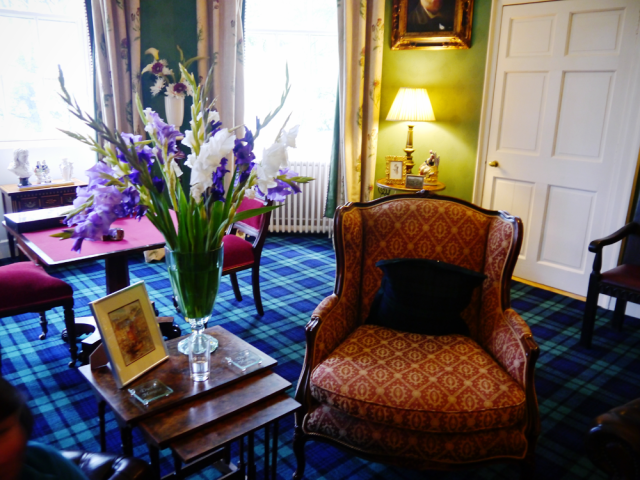 The first stop on our DOD tour of Aberdeenshire was Durn House, just outside Portsoy. Built in 1770, Durn House is a beautiful B-listed Georgian mansion, but it had fallen into disrepair and was more or less a total wreck up until seven years ago when husband and wife team John and Sandra snapped it up. Since then, they have been gradually restoring the house to its former glory and it is now a stunning luxury guest house. After a small group of visitors had assembled in the entrance hall, Sandra took us in to the drawing room to begin our tour with a little bit of historical background.

There has been a “Durn House” on this site since at least 1529, but it wasn’t until a couple of centuries later that the current Georgian version was built. The house was owned by the Dunbars of Durn and has had a very rich and varied history, with links to Jacobitism and the Battle of Culloden and the folk song Macpherson’s Rant. The famous Scottish astronomer James Ferguson was employed by the Dunbars of Durn in his youth – it was his job to fix all the clocks in the house! Sandra then took us downstairs to what used to be the kitchen and the butler’s quarters. The restorations are still ongoing at Durn House so a couple of rooms in the basement are still to be completed, but we had a look in the “The Gentlemans Club”  which is a nice retreat for the men to watch TV and play pool in whilst the ladies are next door getting the hair done in the salon room. Durn House host lots of weddings so they’ve kitted out a room specially for getting your hair and makeup done – such a good idea if you’re there with a big party of friends! 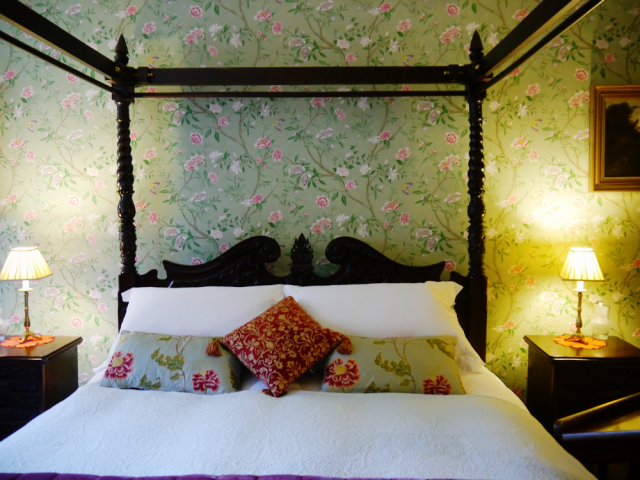 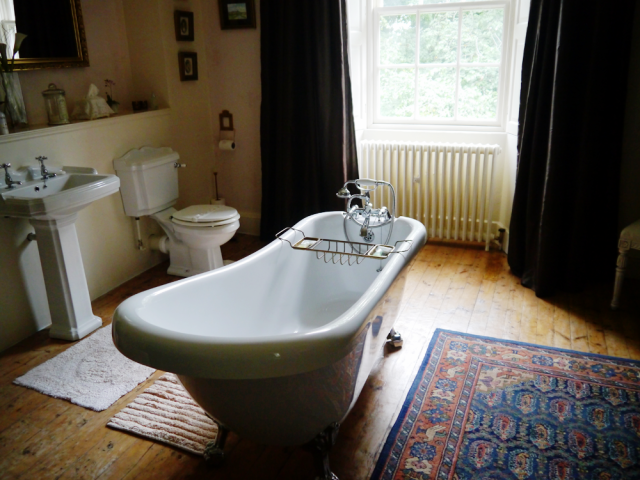 We then headed back upstairs and John took over as tour guide to show us round the rest of the house. There were lots of stunning bedrooms, filled with antique furniture and beautiful decor. I love Georgian houses with the high ceilings, big windows and perfectly proportioned rooms – this was practically my dream house! Most of the bedrooms had en suites which were equally stunning, look at that amazing roll-top bath!  You could tell that a lot of hard work had been put in to restore Durn House and get it looking fantastic again. 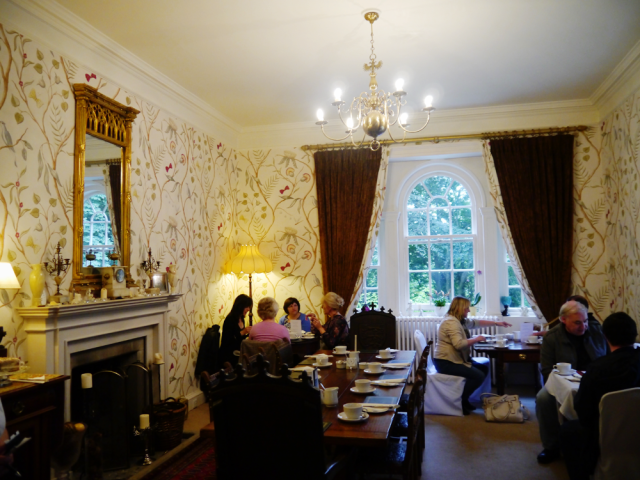 We spent a little bit of time roaming around the bedrooms and taking it all in, before heading back downstairs again for a quick look in the dining room where afternoon tea was being served. 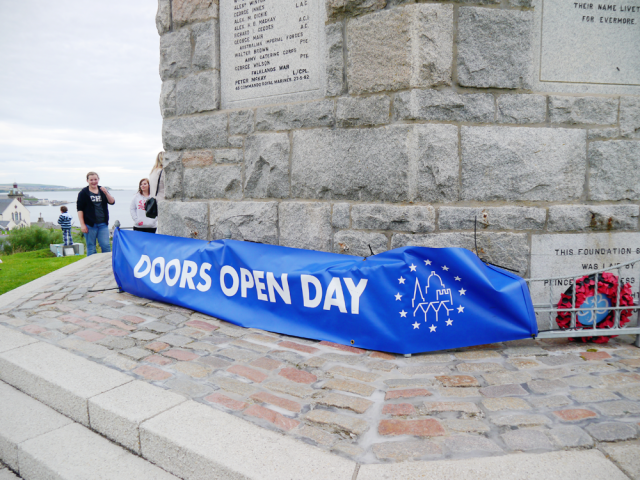 We then drove along the coast to Macduff for our next stop, the Macduff War Memorial. I recently finished my Masters dissertation on memorials of the Great War in the North East of Scotland, so I was really interested when I noticed this one on the Doors Open Days programme. It’s a pretty imposing granite structure, built in the form of a castle tower on a hill overlooking Macduff. Coastal towns often favoured tall towers, pillars or obelisks as their war memorials as they doubled up as points of bearing for boats returning to harbour. 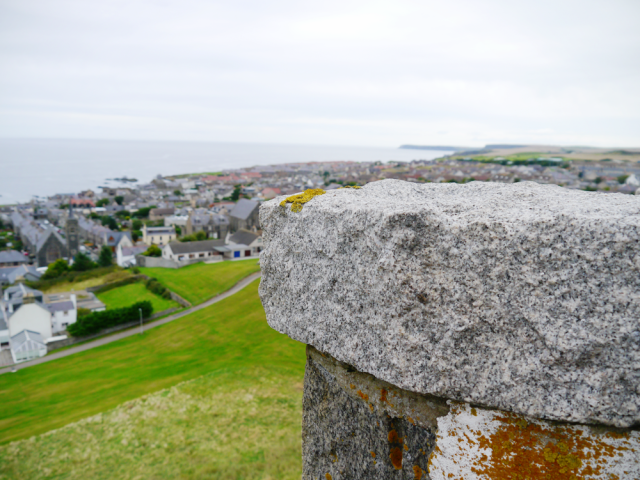 The foundation stone was laid by Prince and Princess Arthur of Connaught in 1920 and the finished memorial was opened in 1922. We climbed all the way to the top (I lost count of how many steps there were!) and enjoyed the fantastic views of the town and the surroundings. If only it had been a bit sunnier – but were were in the north of Scotland after all! 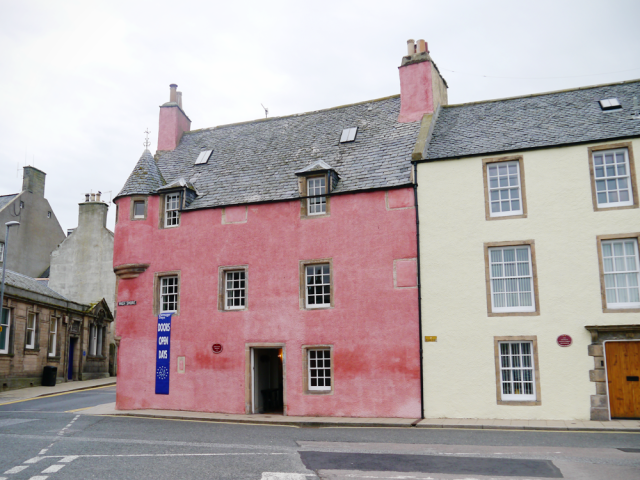 For our last building of the day we moved on to another lovely little coastal town, Banff, and had a look round 1 High Shore. This ‘lodging’ house dates from 1675 and was restored by the Banff Preservation Society in the 1970s, with the help of grants from the Historic Buildings Council and the Pilgrim Trust. It is now a private holiday home, but it’s open once a year for Doors Open Days so visitors can see inside this intriguing pink building. 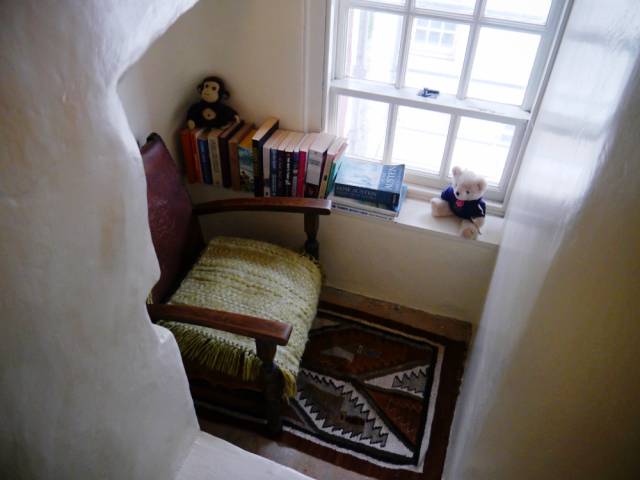 The house is a warren of different rooms, with funny little nooks and crannies and inter-connecting rooms. I particularly liked the bed tucked into the wall in the downstairs bedroom, and the very small reading nook squeezed in beside the corridor on the first floor! 1 High Shore was a complete contrast to Durn House which we had visited earlier; the ceilings were low, the windows were small and it felt a bit rough and ready compared to the Georgian elegance of the morning! 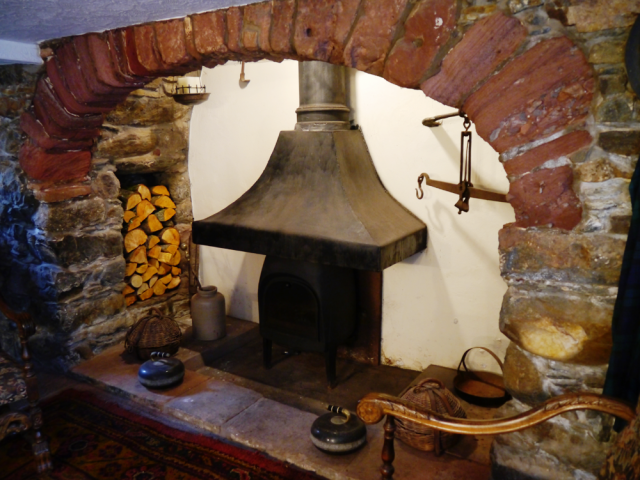 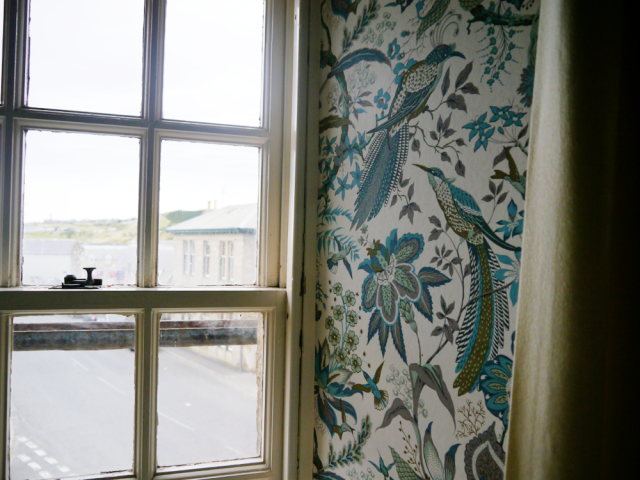 1 High Shore would have originally been a merchant’s house in the 17th century, and it was really interesting to see some very old feautures, like the huge floor-to-ceiling fireplace near the entrance. I also loved the little turret upstairs which is now being used as a dressing room, complete with it’s very own vanity table!

Did you visit any exciting Doors Open Days buildings in Aberdeenshire this year? Remember to subscribe to the blog for more DOD adventures!

See you next time,
Gillian